« The champion of family planning »

“Here in Africa, women are made to have children, it is the mentality of most men”, she says. We are at the Association Tchadienne pour le Bien-Être Familial (ASTBEF), a family planning centre in N’Djamena, the Chadian capital. Prudence is the mother of three children and is expecting her fourth, a pregnancy that at eight months – just like the previous ones – is being supervised by health professionals who she calls “mothers” (Mamans in French).

Today is appointment day with the doctor and the ASTBEF waiting room is overcrowded. Prudence is wearing a cheerful dress and is waiting along with the other women. When it is her turn, she will be able to see the position of the foetus and to know, for example, if it is breathing well. There are only a few days left until the birth. 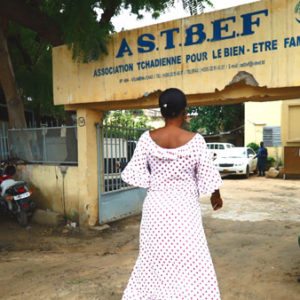 The visits to the doctor allow for HIV screening, getting access to information on breastfeeding and birth control methods, as well as helping the couple decide on the number of children they wish to have, and when it is best to have them. Prudence got married at 18, but only had her first child, a girl, two years later. She waited another two years and six months before becoming pregnant again, and respected a similar spacing for the third pregnancy.

Prudence was supervised by doctors during each of her pregnancies and the births always went well. Today, she is recognized as the “Champion of Family Planning”.

“My family’s health comes first,” she says. “I want my husband to be rest assured, and that we do not become ill. That our children grow up healthily so that they are able to go to school and do the activities they want. ”

Prudence’s husband supports her, and even helps to give out information in the community about family planning and its advantages, but it was not always so. He had initially reacted badly. He thought Prudence did not want to have children. And he did not like her disobeying him. After all, he had paid a big dowry for her. “I suffered at first, but my husband ended up understanding”, Prudence recalls.

Other family members and neighbours also only accepted Prudence’s choice on family planning when they began to see that the couple had healthy children and a better life, despite modest incomes. 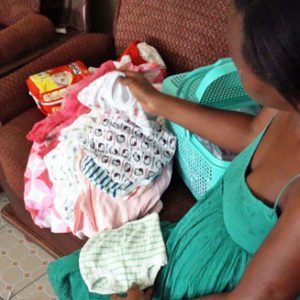 “The other women follow me. Even those who are illiterate want to hear what I have to say”. From time to time, Prudence organizes gatherings at her home in a suburb 15 km from N’Djamena. The “Champion of Family Planning” has become a role model and an advisor to other women.

About to give birth, Prudence would like this one to be her last child. “Then I’ll ask my “Mamans” to help me stop”.