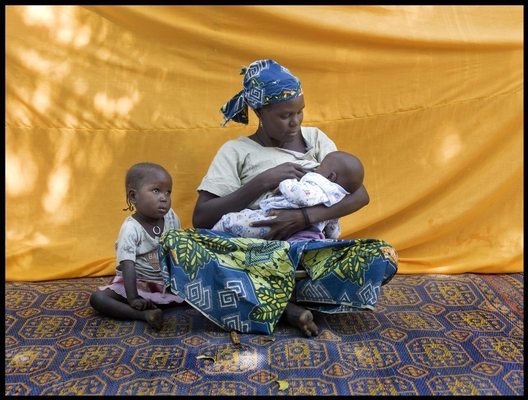 WASHINGTON/NEW YORK, 29 January 2015 – A new series of papers just published by The Lancet provides evidence that improving breastfeeding practices could save the lives of over 820,000 children a year, 9 out of 10 of them infants under 6 months.

Increased breastfeeding can prevent nearly half of diarrhoea episodes and a third of respiratory infections – the two leading causes of death among children under age 5.

“Investing in breastfeeding has a significant impact on the health of women and children and on the economies of both rich and poor countries,” said UNICEF Chief of Nutrition Werner Schultink. “The Series provides crucial evidence for the case that breastfeeding is a cornerstone of children’s survival, health, growth and development and contributes to a more prosperous and sustainable future.”

The Lancet Series confirms the lifesaving benefits of breastfeeding for women and children in low-, middle- and high-income countries alike, UNICEF said.

Breastfeeding lowers child mortality in high income countries. It is associated with a 36 per cent reduction in sudden infant deaths and an almost 60 per cent decline in the most common intestinal disease among premature infants. A child who breastfeeds for longer also has a reduced risk of becoming overweight or obese later in life.

UNICEF said the multiple advantages in terms of health for mothers and children, as well as potential economic gains, should impel governments to institute policies and programmes to protect, promote and support breastfeeding.

This is especially important for working mothers. While early return to work tends to lessen the chances that a mother will breastfeed, in roughly 60 per cent of countries, maternity leave does not reach the ILO recommended minimum of 14 weeks paid leave. When breastfeeding mothers do return to work, their places of employment lack facilities for them to breastfeed or express milk.

UNICEF’s Schultink reiterated The Lancet’s conclusion that improving breastfeeding rates is a fundamental driver in achieving many of the Sustainable Development Goals, particularly those related to health, child survival and education

“Breastfeeding is the most natural, cost effective, environmentally sound and readily available way we know to provide all children, rich or poor, with the healthiest start in life,” he said. “It’s a win-win for all concerned to make it a priority.”

UNICEF experts are among the authors of The Lancet’s Breastfeeding Series, which will launch on Friday, 29 January 2016, at 10:00 a.m. at the Kaiser Family Foundation Conference Center, 1330 G Street, NW, Washington, D.C.

UNICEF promotes the rights and wellbeing of every child, in everything we do. Together with our partners, we work in 190 countries and territories to translate that commitment into practical action, focusing special effort on reaching the most vulnerable and excluded children, to the benefit of all children, everywhere. For more information about UNICEF and its work visit: www.unicef.org